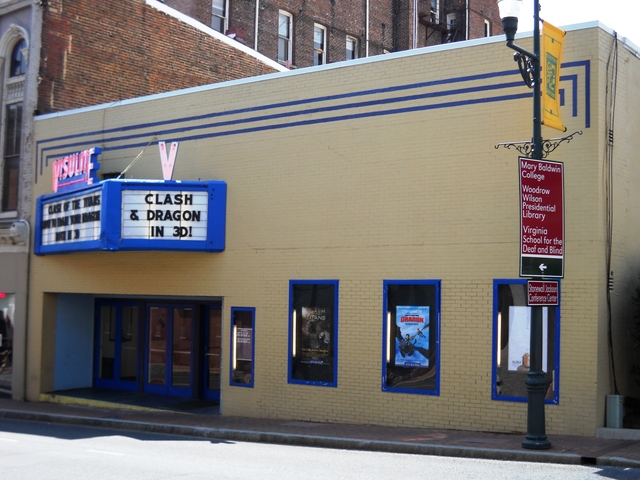 The Visulite Theater, which originally opened in 1937, was renovated and restored in 2006, reopening January 6, 2006 as a twin cinema featuring independent and first run films.

The Visulite has been sold (October 6, 2004) and will be renovated for use as a movie theatre (primarily first-run, foreign and independent films) as well as live theatre, concerts and comedy shows. Stay tuned! The theatre originally opened on July 8, 1937.

Neat theatre! The exterior still retains its original charm although the interior appears to have been gutted and refitted with two small auditoria with back to back screens. The screens in each are probably only a bit smaller than the one used when it was a single screen venue and each auditorium is equipped with stadium style seating.

Photo of the Visulite Theatre from spring 2010: Exterior