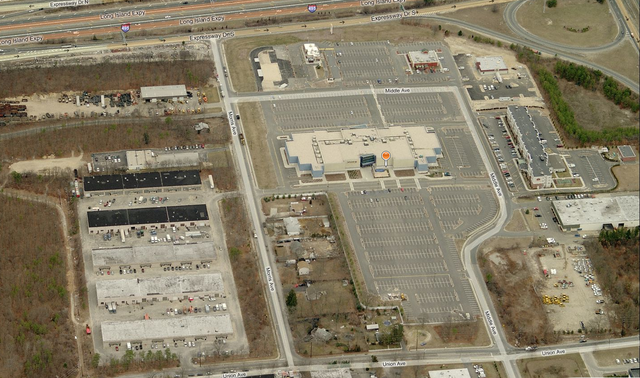 National Amusements built the Island 16 as an endevour to make movie-going a night out as opposed to just a part of a night out. This theater opened on October 18, 2002 and is located at exit 62 on the Long Island Express way. It is National Amusements replacement theater for it’s former Brookhaven Multiplex Cinemas, which was just closed at a young age of less than 20. At first it was stated that NA was not going to close it’s Brookhaven Multiplex, but a few months after the Island 16 opened, they did close it anyway.

The Island 16 is being promoted by National Amusements as the first theater of it’s kind. Along with it’s 16 screens with a total of 3,250-seats, it also boasts an alcohol bar and lounge, fast food, a coffee bar, and many other amenities. The food court is comparable to a small version of a shopping malls food court.The lounge/bar has an outdoor patio, indoor seating, plasma TVs with satelite connections and offers food too.

Love this theater one of the best of modern giant plex in the country!!!!!!

is that theater better than the rockaway 16? I wouldn’t want to go all the way to this one unless a friend of mine lives in long island!!!

Let me quess LI Oddities, you are a ex-employee with a score to settle, right??
For the record, National Amusements, who owns and operates the Island 16, is hands down one of the best theatre circuit in the country. The conditions you described would never be tolorated at this or any other NA location. I speak with authority since I am proud to have worked for them for over 20 years.
The Managing Director, an old friend of mine, and a veteren of many years, has been there since the theatre opened. I can assure everyone who reads this, he would never allow his theatre to deteriorate to the level described in that prevous post.

The Island De Lux seems to still be going strong, and now especially so now that even the Patchogue Multiplex is gone.

Been there once. Cavernous. Went for a so called Senior Day price but they don’t observe that here. It was interesting to watch it being built. The two sides that house the auditoriums were built first with a big space in the middle which then became the lobby.

So, is this place start of the art, or a fading dump? 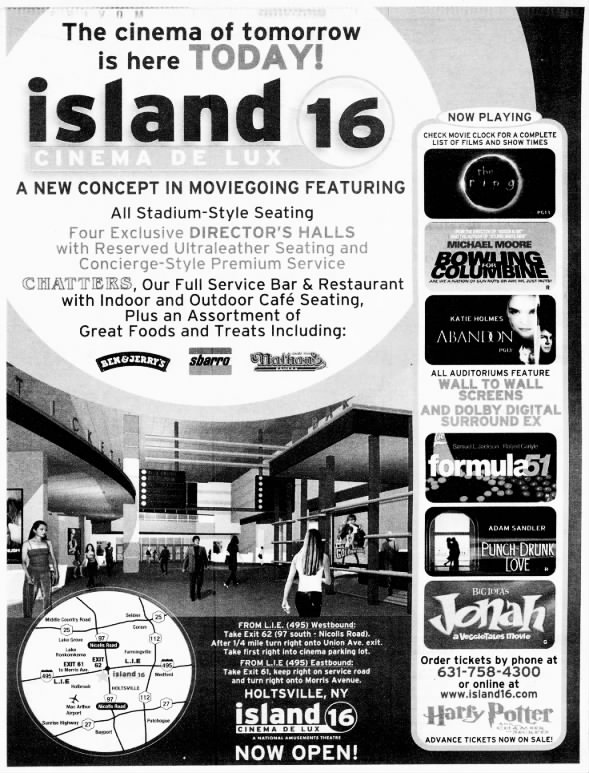