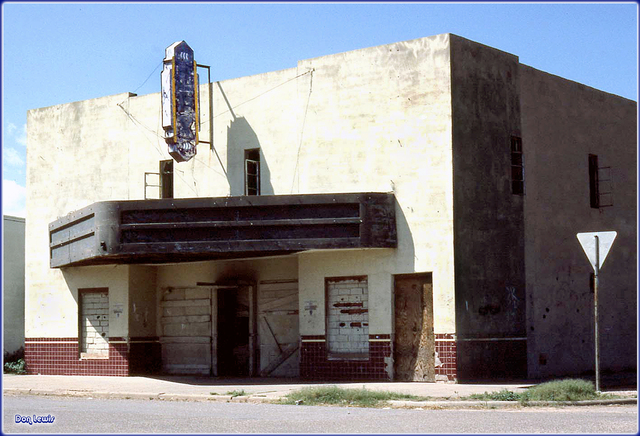 The 300-seat Rex Theater was opened by 1937. In 1949 it was remodeled by Lamesa based architectural firm Allen & Allen and the seating capacity was reduced to 275. It was still open in 1957. I watched the Rex Theater go from good to gone in this small farming community in West Texas. It was a typical neighborhood movie theater and, as with so many theater buildings, once the roof goes, not much can be done to salvage them.

My photograph of the REX www.flickr.com/photos/lastpictureshow/234454512/

O'DONNELL, TEX.-Harvey Gardenhire reached his 12th anniversary as manager of C.C. Caldwell’s Rex Theater on Christmas Day. Mr. Gardenhire formulated a film splice which was adopted by one of the leading screen advertising companies. He is a member of the Society of Motion Picture Engineers.