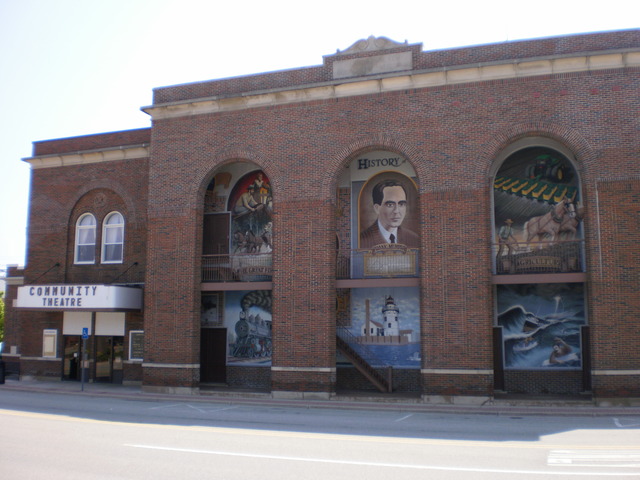 In a letter dated November 5, 1917, George J. Jenks and Anna Belle Jenks
Scranton deeded Lot 34 of the Salt reserve of the City of Harbor Beach to
the people for Community House purposes.

By early-1918, the citizens of Harbor Beach raised $25,000 for the purpose of erecting and fitting out city
offices in connection with the auditorium.

This money enabled the Harbor Beach Community House Corporation to move forward, and on November 11, 1918, the Board appointed George J. Jenks and James I. Bennett to oversee the construction of the building.

On March 17, 1926, tragedy struck when fire destroyed one-half of the Community House. Smoke and water damaged the rest of the building.

The
community immediately made plans to rebuild the Community House, with
rebuilding almost complete by August of 1927.

The new Harbor Beach Community Theater, with a seating capacity of over 600, still exists to this day showing recent movie releases as well as serving as the site of concerts, live
stage productions, and other community projects.

This grand old theater is owned by The District Library Board and the facade features a mural depicting the area’s history.