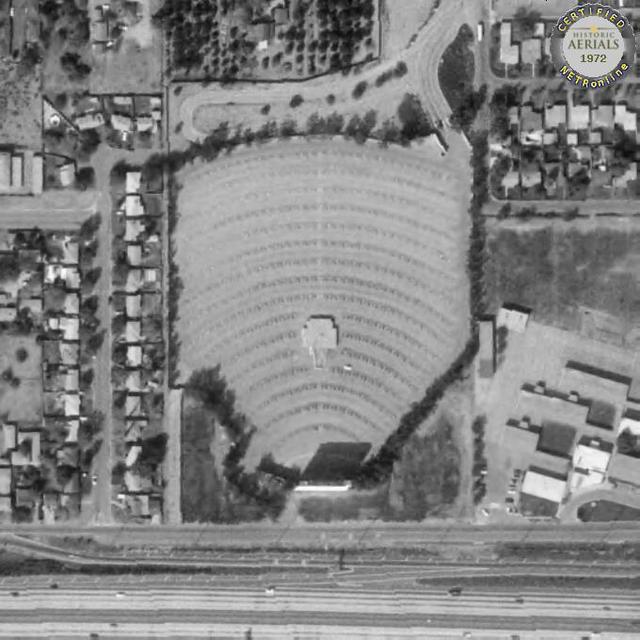 The Big Sky Drive-In opened on October 20, 1949. It was taken over by Pacific Theatres in October 1953. I grew up in Monrovia and as a kid I went to a drive-in in Duarte named Big Sky Drive-In. It was on Huntington Drive. It was still open in September 1984. It was demolished to make way for a Fedco, which later became a Target.

Here is an October 1960 ad from the Pasadena Independent:
http://tinyurl.com/62r2xu

The October 8, 1949, issue of Boxoffice Magazine noted that the Big Sky Drive-In had opened recently. It was designed by architect J. Arthur Drielsma. The May 7 issue of the same magazine had said that theater was being built by, and would be operated by, a partnership called Big Sky Corporation.

A brief item in the December 21, 1951, issue of Boxoffice said that Lou Berman had disposed of his interests in the Big Sky Drive-In to Jack Drumm and a group of associates.

Though the Edwards Theatre Circuit did once operate several drive-ins in the San Gabriel Valley (usually in partnership with Pacific Drive-Ins), I don’t recall the Big Sky being among them. My memory of the listings so long ago is pretty dim, though. I do know that the Big Sky was listed in the Times with the Pacific Drive-Ins by 1971.

Gives a good view of what the drive-in looked like at one time. I fail to see the problem with that.

Whats wrong with the aerials they a pictures of the theatres or drive-ins.

I’d rather have an aerial vs no photo at all.

A couple of notes for the comments above. The burger place across the street next to the Mini Golf (remember the giant golfer?) was called Chuck Burger. When BigSky was demolished it was a Gemco (Not Fedco) and a shopping center that replaced it. Target is there now and so is the shopping center. One of the last movies to play there was Superman III. I remember because after it closed down for more than a year the signage was still there for that movie. I lived across the street adjacent to Northview Middle School (also demolished and moved for car dealerships and now where CarMax resides). Cool note. In our porch there was a phone on the outside with no way to call out. You could only receive calls. At night when the movie played you could see about 80% of the screen from my porch (Darn eucalyptus trees covered the lower 20%) and you could hear the movie playing on the receiver that was in the porch. Not sure if that is how it was set up from the prior owners or if it was just luck. I miss those simpler days as well. More fun to go there then actually watching the movie. I mean as a kid of course. They also had a little playground near the screen where I spent much of the time playing rather than watching the movie.

Is Chuck Burger or the mini golf still there accross the street.

Boxoffice, Oct. 10, 1953: “MONROVIA, CALIF. – The Pacific Drive-In circuit has taken over operation of the Big Sky Drive-In here from Tom Charack and associates. Charack has joined the Pacific organization in a supervisory capacity.”