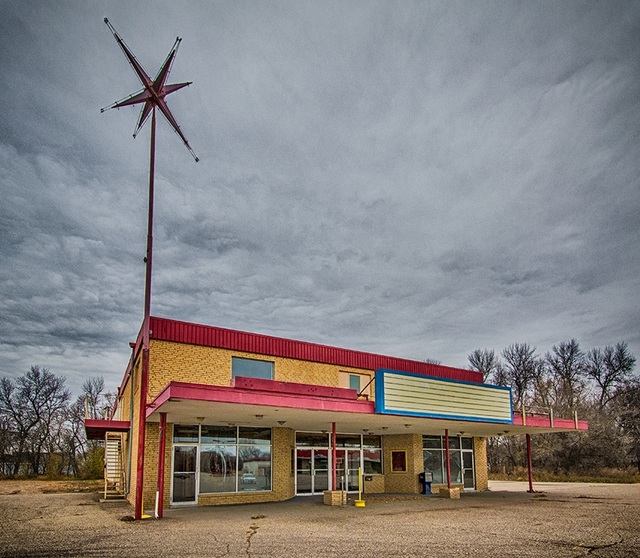 The Oak Park Theatre located on the 1500 block of 4th Avenue NW, sits across from the large park by the same name. The theatre opened as a first run theatre in 1961 seating 700. It was closed in 1980 when manager Al Schon was operating it for Carisch Theaters out of Minneapolis, MN. They had built a new multiplex in a shopping centre and didn’t want to compete with itself.

It became a church for one year, and in 1983 it became a pool hall until 2000. It was then remodeled back into a theatre seating 500 showing sub-run movies. It showed two features a day with seperate admissions for each film. There was also a party room for birthdays and special occasions. It was closed by flooding in 2011.

Under new ownership by former manager Al Schon and after a huge renovation, it reopened February 24, 2017 as the Oak Park Theater. Now with a reduced seating capacity for 250, it has digital projection & sound and operates 4 shows daily in summertime and vacation time.