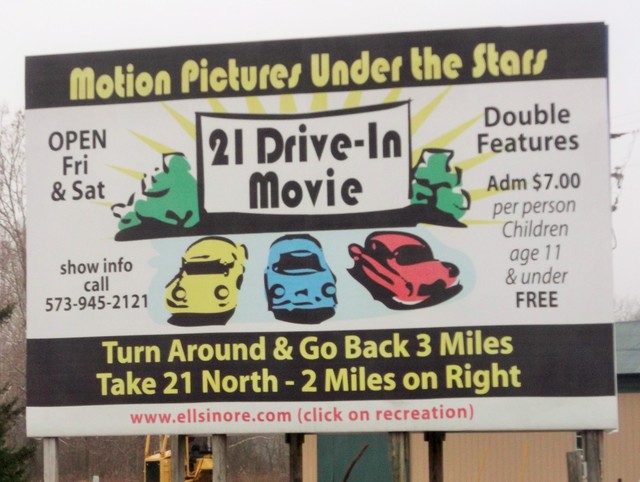 The 21 Drive-In was opened on July 17, 1952. This is a single screen drive-in with a capacity of over 700 cars. It had gone dark but was restored and reopened in 1997. It currently screens double features of classic movies on a weekends-only basis.

The drive-in is located on Missouri 21/34 north of Miller Lake and south of County Road 570.

Also, the 21 was still listed (in Ellington!) in the 1987 IMPA, so any closure probably came after that.