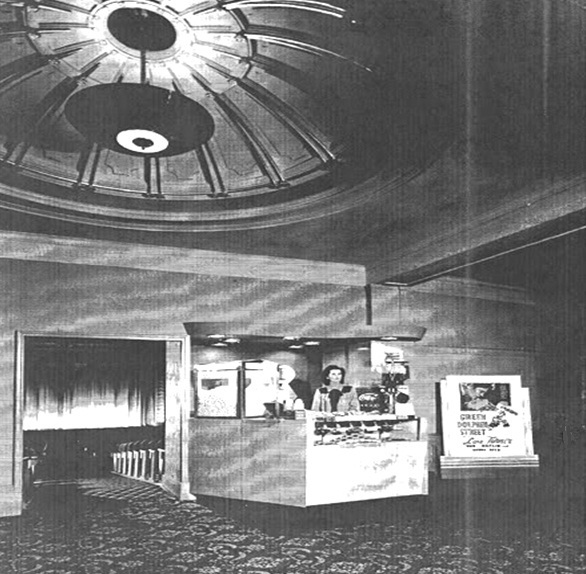 The Runnymede Theatre reopened as a Chapter’s bookstore in November 1999. The theatre’s Atmospheric style interior is intact and well preserved.

One of only three Atmospheric style theatres still left in Canada.

Have a look at a recent tribute to The Runnymede over at 32 Elvis Movies, including a Toronto Star ad for its opening night back in 1927!

It was late one Saturday night in the winter of 1993, all my friends and family had gone away for the weekend , I felt like seeing a movie but felt akward going by myself. I found a late performance at the Runnymede Theatre in the local newspaper so I looked it up on a map and found it, when I entered the the theatre for the first time had so much fun there even though I was by myself. The Theatre looked like a marvel of a movie house but it was sad that it looked a little slow in the theatre looked like it was losing bussiness somehow,It seemed like the charm I saw in it was maybe a little too old fashioned for others. I Made it a habit to go there from that point on, I loved going there for movies up until it closed for good. That feeling of discovering something great and magical only to learn it was dying was very sad for me. Today it is a bookstore and the theatre’s interior was restored ,that was somewhat comforting to me that it didnt turn into a parking lot.

They’ve lovingly preserved enough of Runnymede, that she could be easily re-converted into a cinema at future date. This is the way to go with older theatres. No more gutting, please.

The Obrien in Renfrew is the same as the runnyemede

Some good news about the Runnymede. The next tenants intend to preserve it. From the Star, November 7th:

“Shoppers Drug Mart will move into the old Runnymede Theatre now occupied by a Chapters Indigo bookstore, but the heritage building will be preserved.”

“We will be retaining all of the existing historical features, interior and exterior, including the stage and interior walls,” according to a statement issued by Shoppers Drug Mart on Thursday.

This theatre was built by Famous Players Canadian Corporation. N. L.Nathanson was the President of F.P.C.C. at this time!!

And here’s an article about the Shopper’s Drug Mart that is now open for business.

The ironic thing is that the location that Shoppers is moving from down the street was the former Esquire theatre, but there is no resemblance to what it once was.

Past and present pictures posted in Photos