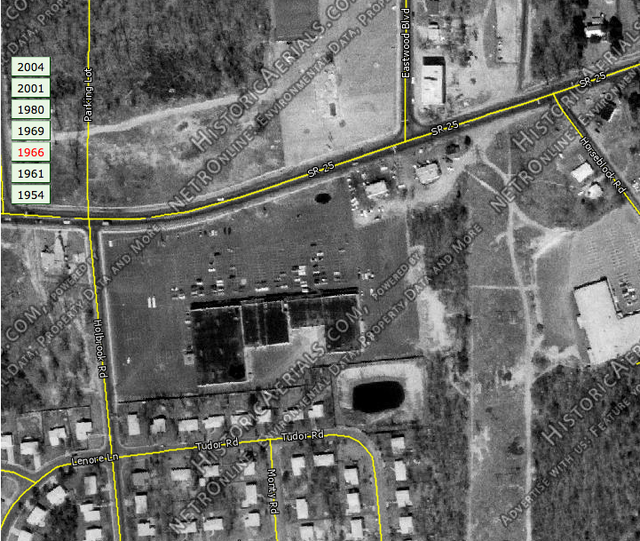 The Centereach Theater was a typical shopping center theater, opening on November 21, 1963. It was operated by Associated Prudential Theatres. The theater closed in the 1980’s and was converted into stores.

Actually saw Smurfs and the Magic Flute there back in 84…it later became a Blockbuster Video near the end of the decade, then turned into a discount gift store sometime in the early 90s before they razed the shopping center to make room for the present one…the sole link to the past on that lot is KFC, which survived the transition fully intact (as it was a separate establishment from the main shopping center).

The fire occured in the late 80’s/early 90’s in the cheap johns discount store and spread to damage the theatre. I dont beleive that it sustained fire damage, but major smoke and water damage.

Is that when it closed?

I somehow stumbled onto a Drive-In site and was looking for LI theatres. It’s pathetic how poor the site is. But one thing sparked my curiosity. They mentioned a Drive-In in Centereach. There was none to my knowledge can anyone confirm?

If I am not mistaken, there was a drive in somewhere around where the mall is now, but not entirely sure where….I think near where Rt 25 and Rt 347 meet.

True, but I wonder where the Drive In site got the info to begin with.

And I know for certain there was one in Moriches and where. The problem is I’m having difficulty getting enough material together for more than a skeletal posting. Also, they seem to have fallen behind on new theatres. I put up a posting on the 15th and the last newbies they show are for the 14th. On my three previous creations I saw results in 24 hours or less.

I figured it was something, not just me since there’d been no activity since the 14th. But it was my baby and I’m just as anxious to see it up as previously. Then I can pursue a couple of others in the works.

Be nice if someone could find a photo.