Liberty Center for the Performing Arts 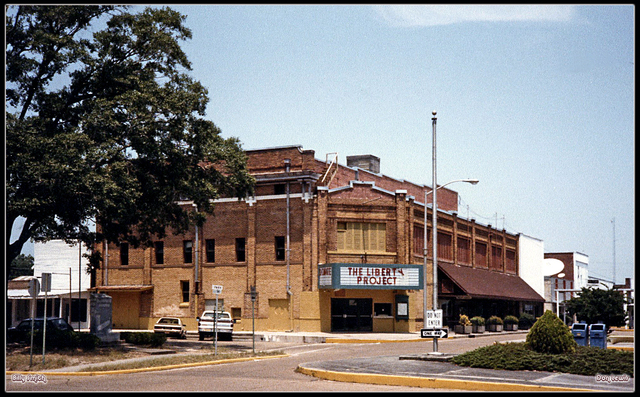 The Liberty Theatre originally opened on March 15, 1920 on 2nd Street, but moved to its current location four years later, as the New Liberty Theatre, opening on July 19, 1924 with a free children’s matinee at 09:30 and the official opening at 2pm with Corrine Griffith in “Lilies of the Field”. This theatre had 1,000 seats and cost $110,000 to construct. The exterior is sometimes described as Sullivanesque, while the interior is now mostly the result of a 1930’s Art Deco style remodel.

When it opened in 1924, the New Liberty Theatre was called “Southwest Louisiana’s Premier Temple of Amusement” and boasted running water and “typhoon-cooled” air as well as several dressing rooms for the live acts which would appear onstage in addition to movies in the Liberty’s early decades.

Among those to have appeared live at the theatre over the years were Fatty Arbuckle, the Bowery Boys, Lash LaRue and Tex Ritter.

Today, beautifully restored and renovated, and called the Liberty Center for the Peforming Arts, the theatre hosts a variety of live performances, and is home to both the Eunice Community Concert Band and the Rendez-Vous de Cajun radio and television show.

Great photos and history at this link:
http://atos.stirlingprop.com/liberty/index.htm

Here is another link:
http://www.eunice-la.com/historic.html 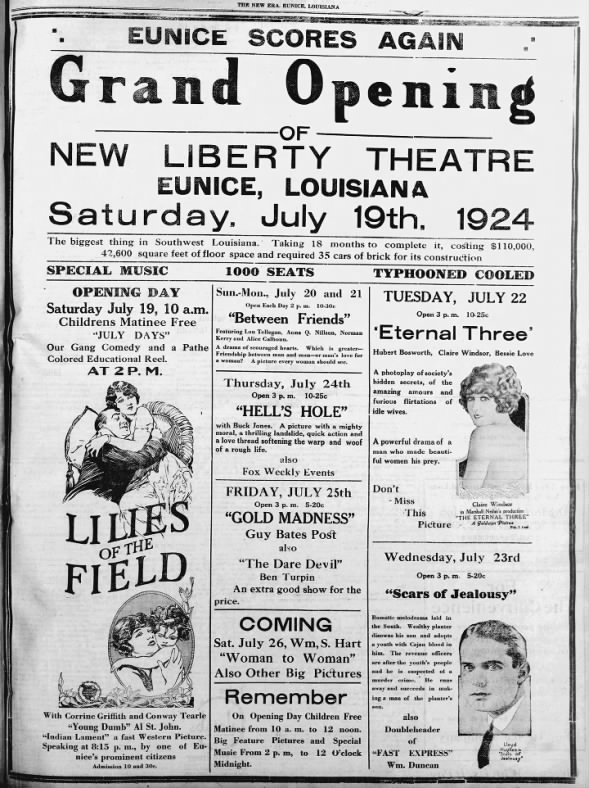