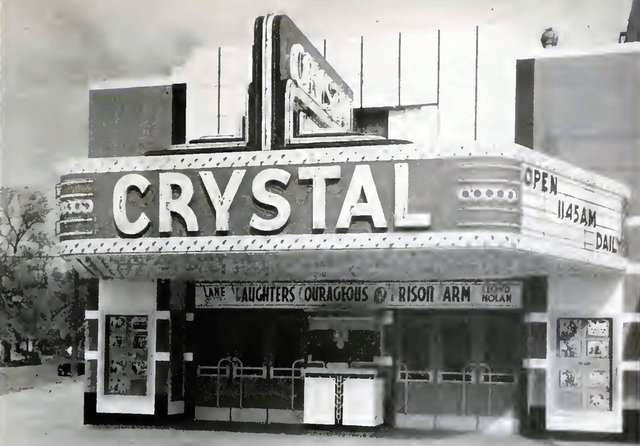 This site has the address right at the top of the page, but the poster they found looks like a different theater, on Randolph Street:
http://tinyurl.com/2ns63l

A photo of the facade of the Crystal Theatre appeared in Boxoffice Magazine’s issue of February 22, 1941. The caption attributed the design of the house to the firm of Bennett & Straight.

Boxoffice of July 9, 1938, ran an item saying that construction on the new Crystal Theatre was scheduled begin on August 15, and that operator Ben Cohen anticipated opening the house some time around Thanksgiving Day.

The item also said that this Crystal was a replacement for an older theater of the same name, across the street from the site of the new house, which had been demolished for the widening of Michigan Avenue.

The opening of the new Crystal was delayed. Boxoffice of December 17 said the house “…bows the latter part of the month.”