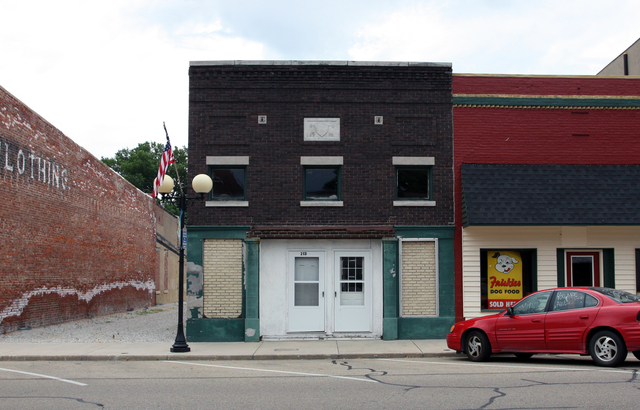 The Scenic Theatre opened in 1909 on Main Street and was sold to the Kendall family in 1914. The theatre was renamed the Kendall Theatre in 1916. During its early decades, it was not only host to vaudeville acts and movies, but also various other forms of live entertainment, including talent shows and legitimate theatre.

The Kendall Theatre remained in operation until the late-1970’s, and after closing was used for a short time as a concert venue. It is today used for storage.

The address of the theater is 213 S. Main Street.

The building is owned by a relative of John Kendall who also owns and runs the antique store to the left (on the other side of the vacant lot). He uses the building for storage. He says that he has a row of seats, the projector, and other items from the old theater.