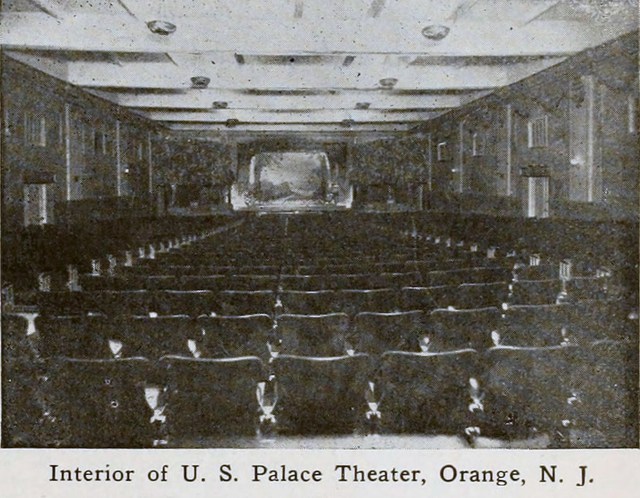 In its final days the Palace was, indeed, somewhat twinned in that they simply enclosed some of the rear orchestra seats and showed pron movies alog side he regular run stuff on the big screen. An interesting footnote… the Palace auditorium was bisected by the city line between Orange and East Orange, and prior to repeal of some of the old Sunday Blue Laws, the left side of the auditorium had to be roped off on Sundays, as East Orange forbade the showing of movies on Sunday and all seating had to be within the Orange city limits!

A Robert-Morton organ was installed in this theater in 1918.