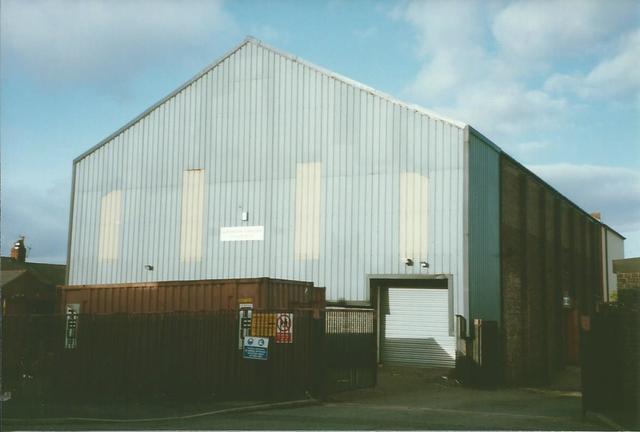 The Empress Theatre was opened on 12th October 1929 presenting cine-variety. It had a 15ft deep stage and two dressing rooms. It was equipped with a Western Electric(WE) sound system and had an Empress Snack Bar available for its patrons. The auditorium was designed in an Italian Atmospheric style, with frescoes which were said to be transformed with “beautiful effect by an ingenious system of changing colours”.

In 1960 it was taken over by the Hutchinson Cinemas chain and was renovated. It was still open in 1966, but had closed by 1969 and had been converted into a Surewin Bingo Club. Since that closed, the front of the building has been demolished. The auditorium is in industrial use.

Opened as the Empress Theatre on 12th October 1929 when it had been fitted with a Western Electric sound system. The owner was Mr N. Buck and it was designed for cine-variety performances. By 1937 it was known as the Empress Super Cinema.

It was known as the New Empress by May 1956.
Surewin Bingo at some stage.