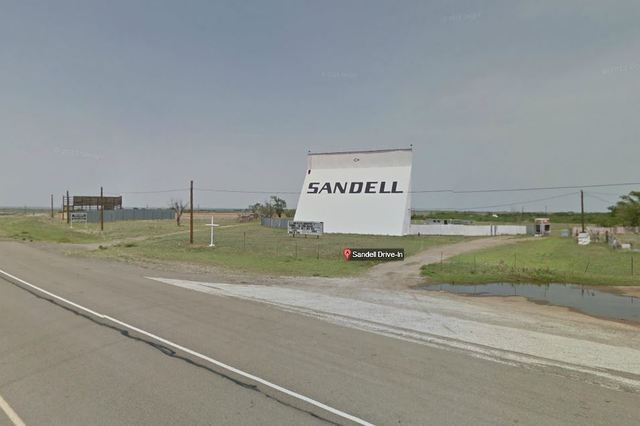 The Sandell Drive-In was built by Gary Barnhill and named after his two daughters Sandra and Adele. This drive-in opened in 1955 and closed in 1984.

In 2001, John Earl Morrow, a Clarendon resident and owner of Morrow Drilling and Service, felt a calling to re-open the drive-in that he visited as a boy. He bought the property from the Barnhills and re-opened the Sandell Drive-In in August 2002. It is run solely by Mr.Morrow and volunteers. This drive-in has a capacity for 300 cars.

From 2010 a photo of the Sandell Drive In in Clarendon.

The address for this one is 12 Medical Center Dr.