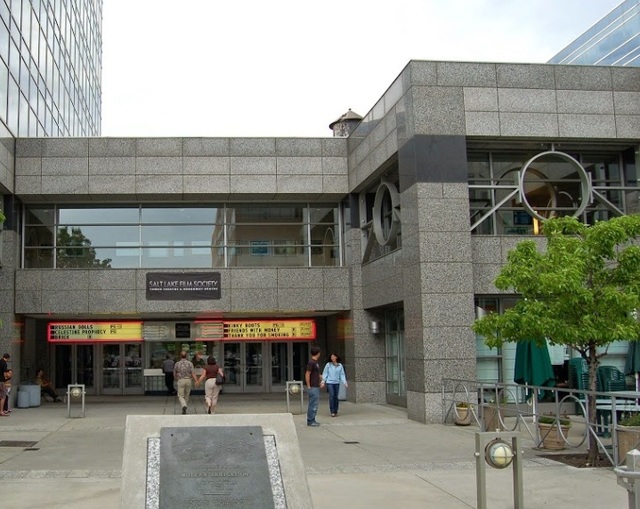 The Broadway Centre 6 was built on the site of the historic Centre Theatre. It opened in December of 1991 by Loews Cineplex. At openig it seated 1,600 in 6 auditoriums with Dolby Stereo in each.

It was closed for a short time when Loews filed for bankruptcy but later reopened by Consolidated Theatres. When the megaplex 12 at the Gateway opened there was troubles getting films for the Broadway.

It was named the Broadway Film Center in 2002 after a change in management and converted to art and independent films putting it direct compitition with Salt Lake Films Society’s Tower Theatre.

Having difficulties financially, the building owners signed the lease over the the Salt Lake Film Society and after some court battles the Society took over the operations of the theatre in 2002. They changed the name back to the Broadway Centre 6 Cinemas, seating had been reduced to 1,440 but the theatre is still in operation.

Salt Lake Film Society homepage (notice the old title when they only had the Tower)
http://www.towertheatre.com/

Historic pictures on “about SLFS” link at bottom right.

This opened by Cineplex Odeon on December 12th, 20th. ad is at View link