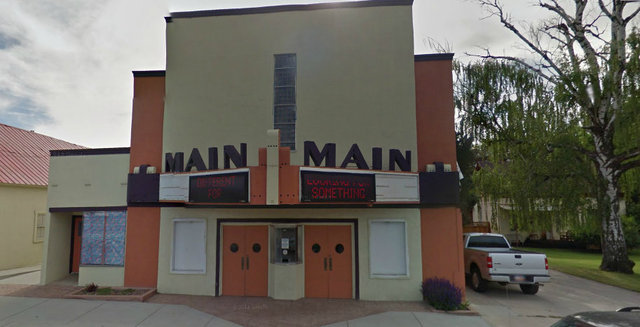 Built in 1899 as a community social hall the Main was used for stage, dances, skating, touring vaudeville and boxing matches.

It became a movie theatre in 1939 after a remodel which enlarged the theatre and blocked in the stagehouse. In 1996 it became the home of the Stage Stop Theatre Co.. The Stage Stop installed new carpeting, chandeliers and a majestic grand drape and removed the wall of the stage house. The Stage Stop lasted until August of 1997.

In 1997 under the management of M. Spice, movies once again were geing shown. It was showing independent and art films. The theatre closed again in the summer of 2004 and is now for rent. It still remains in excellent condition.