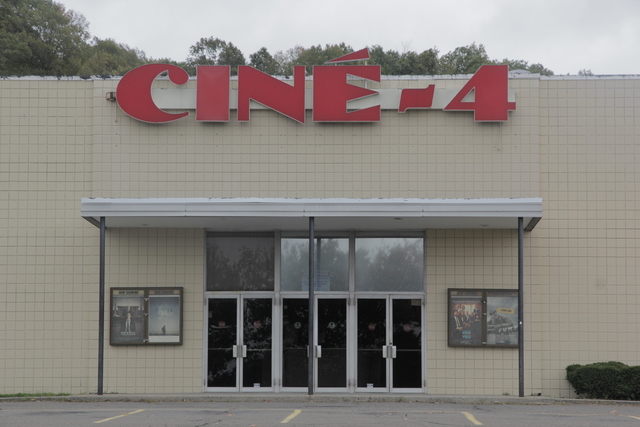 Finest quality films at affordable pricing. Best popcorn, popped right before your eyes, in the center of the lobby. Free parking, easy access from I-91. Good sound, good picture, help is very accomodating.

It’s been at least 15 years since I visited this theater. The reason I stopped going there, even though I lived nearby for many years, was that the theater experience was absolutely awful. The theater was originally designed for two separate auditoriums, but each was split AGAIN. Result was that seats faced toward the wall, rather than the screen. Further, this theater was a small one to begin with. When the auditoriums were split, the new screens were ridiculously small. It was like watching TV!

Now, all of this was 15 years ago. Has anything changed, here? I doubt it!

This was mentioned in the New Haven Advocate’s Annual Manual saying, “OUt in the oft-forgotten Foxon part of town, with well-worn seats and decor and accoutrements that create sensation of being trapped in the ‘70s – to its proponents, those are its charms. It’s like the Salvation Army Store of movie theaters, and in line with that analogy, you can see indie and second-run mainstream movies for budget prices.

I wouldn’t say the Cine-4 has “budget pricing”. As of Feb. 2008, a matinee costs 6.50 and regular price is 9.00, really hefty considering that the surroundings are so shabby. Picture and sound are both mediocre. I was disappointed that the print I saw (of a first-run movie) was so beat up. On the plus side— they didn’t show any commercials or previews before the movie started. I haven’t been to the Criterion theater in New Haven, but if it only costs a dollar more for better screenings, I don’t see any reason to go back to the Cine-4.

If you enjoy warehouse theaters this is not for you. The place has been cleaned up and the seats are more comfortable and the atmosphere is welcoming. There is always parking available and you don’t need a shuttle bus to get to the building. This is really an adult theater, kids on their cell phones aren’t haunting the place. No frills. You walk in, buy your ticket and sit down. It’s that simple. Try it.

We love this theater and the movies they offer. Very friendly staff, comfortable seating, excellent movies, Senior pricing that is truly affordable. No one blinding you with their phones during the movie. Free parking near the turnpike. Not a giant chain theater that charges all outdoors even if they deliver dinner to you. Who wants to eat dinner watching a movie? Popcorn at CINE 4 is delicious and made right in front of you in the lobby. Who could ask for more?