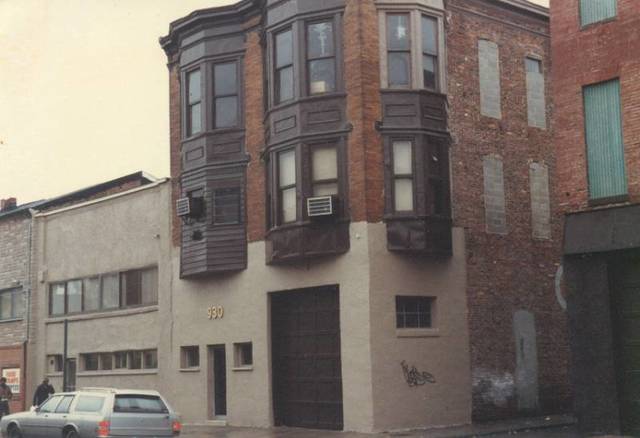 The Aladdin Theatre was a smaller house on the West side of Baltimore City. Opened in late-1909, it was remodeled in 1915 to the plans of Otto G. Simonson. It was known as the Aladdin Theatre through the 1920’s and in 1927 became an African-American movie theatre. It became the New Queen Theatre in 1930. It changed to the Booker T on October 19, 1933. It closed in 1938. The building was converted to offices and lasted until 1992 when it was demolished.

This may not map properly since the side of the street that the theatre was located on has been completely demolished.

Chuck;
Details below from the book “Exit” by Robert Kirk Headley Jnr (1974)

Chuck;
The last licence could have run for a year after the Feb 1936 date, which means a closure of Feb 1937. But this is conjecture, basing my facts on what happens here in the UK when a licence is taken out in advance for a year. Does that happen in the USA?

The “Exit” book is a little vague on a few dates and facts like ‘opened late 1909’, when it has also stated ‘that a permit was granted for a cinema in September 1909’.

Little by little we build up a complete story Eh!

Charles;
Thanks for clarifying the licence/permit issue. I agree that seating capacities which are given in ‘any’ source must always be taken with a pinch of salt. Theater owners always exagerated capacities. We have the same problem here in the UK with our trade book The Kinematograph Yearbook.

Keep up the good work, it is always a pleasure reading input from you and many of the other ‘theatre-buffs’ on the site. If you are not sure about any info on your Baltimore research, send me an e-mail and I will consult with my sources here.

Was this a theater showing “black” films at one point?

Thanks for mentioning that Scott, I have just looked in my Film Daily Yearbooks 1941 and 1943 and the Booker T Theatre is listed in the Negro Theatres section, as well as the general listings for Baltimore. Which implies it was still open and operating? There is no mention of it in the 1950 edition

Yet the book “Exit” by Phillip Headly states its doors closed for good around 1938 and Chuck in his opening description states 1936 and later goes on to say the last licence of occupancy he could find in the library was dated February 1936.

I wonder, has the F.D.Y.B. just not been updated correctly since the 1930’s for this theatre?

Here is a link:
http://www.kilduffs.com/ALA.html

I have a Booker T Theatre listed in Annapolis as well. Does anyone know anything about that one?