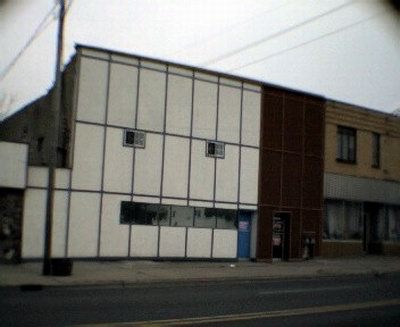 A small second run neighborhood theater located just east of Zimmerman School. The Gem Theater was opened prior to 1941 and continued until at least 1950.