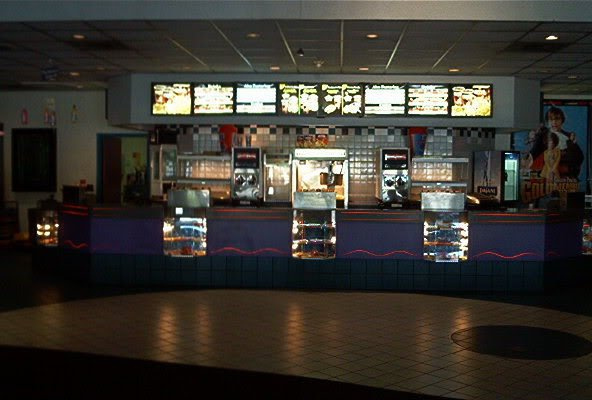 Later this month will be 15 years since the Outers were closed, leaving Rockaway without a a movie theater for more than four years until AMC returned to rockaway big time. I miss those twilight specials.

During the star wars reissue in 1979, the inners had dolby stereo. This reissue featured the teaser trailer to Empire Strikes Back.

40 years ago this weekend the mall was opened. Construction on the inners would take awhile before it finally opened and became the first AMC theater in north jersey to open.

It was at these theaters that employees started to inform moviegoers about the moviewatcher rewards program around the 1990s. Advance tickets became the norm .

20 years ago this year the inner 6 was closed and replaced by FYE which became forever 21.

15 years ago this year the Best Buy opened where the outers used to be and has done good business even with Amazon ruling the roost.

Were the screens at this theater bigger or the same size as the successor theater near route 80?

Most of the seats in each complex were sloped seating, unlike the stadium seating that its successor has.

On this date 20 years ago, The Phantom Menace came out to record crowds at this theater. Back then, reserved seating was not a thing.

25 years ago today, The Lion King was released and became the biggest animated 2d cartoon of all time. It would get a reissue in the fall holiday season in order to qualify for the oscars, which it did and won some awards.