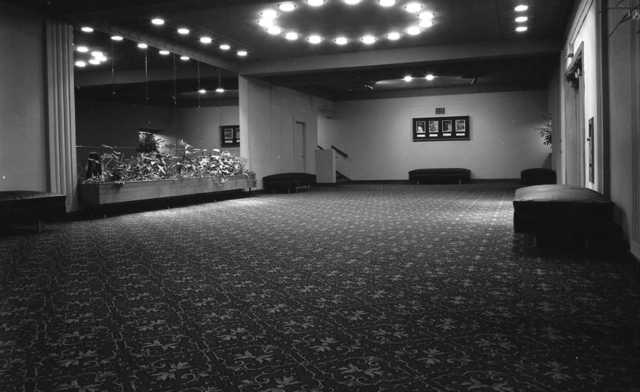 The Majestic Theatre opened on 31st August 1912 and the architects were Nahum Barnet, Klingender and Alsop. This theatre was not from what I have found very interesting architecturally.

The three level theatre underwent refurbishment in 1916 and in 1936 had major alterations which included the removal of the second balcony. Another modernisation took place and it reopened on 10th June 1960 when the name was changed to the Chelsea Cinema.

It closed in November 1979 and remained so until it was demolished in 1986. A car park now occupies the site.

The full address is 178 Flinders Street and I should have mentioned that the original projection room was located in the stalls underneath the stairs leading to the upper levels.

There was also a second projection room, located at the back of the dress circle of the three-tier theatre structure. It survived as a plant room until the demolition of the building. The projection ports were still in place, and looked out into the void under the balcony seating. The third and final projection room was at the back of the circle in the two-tier (1936) structure. As the building was demolished, wall murals depicting shipping scenes were revealed on the outer walls of the auditorium, apparently dating from the pre 1936 structure. The office areas at the front of the building housed “Australasian Films” theatre supplies and “16 Millimetre” 16mm film distributors, among other organisations.