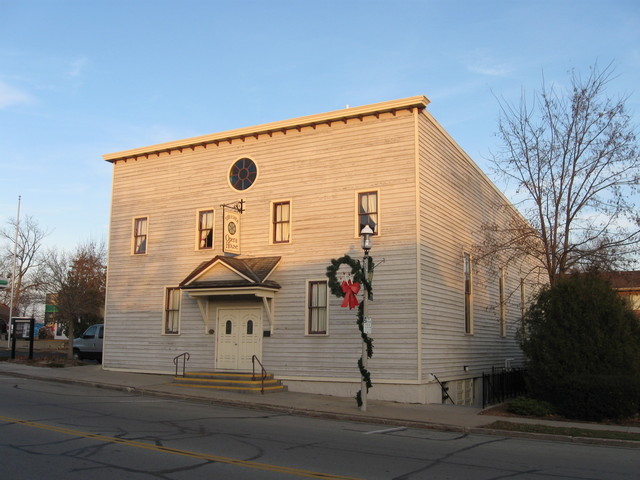 In 1910, Thrasher’s Opera House was built on Mill Street in downtown Green Lake by Charlie Thrasher. It first hosted vaudeville and traveling theatrical companies, but is best remembered for the movies that Charlie showed as soon as electricity became available, around 1912. Thrasher then purchased a projection system and began showing silent films for the admission of one quarter. A movie was shown every night and sometimes changed as often as three times a week. By 1929, Thrasher was showing “talkies” after he installed the proper equipment for sound movies.

Charlie retired from showing movies in 1939 and lived to 99 years. Films continued to be shown until World War II, but eventually the building languished as a warehouse.

Purchased by a local real estate agent in 1994, the building was fully restored and continues to be known as Thrasher’s Opera House. It has been designated a City of Green Lake Historic Structure, is listed in the Wisconsin State Register of Historic Places and has been nominated to the National Register of Historic Places. Today it is a community musical, cultural and educational venue.

This theatre should be listed as Thrasher’s Opera House. See photo of the Memorial Plaque in photo section.