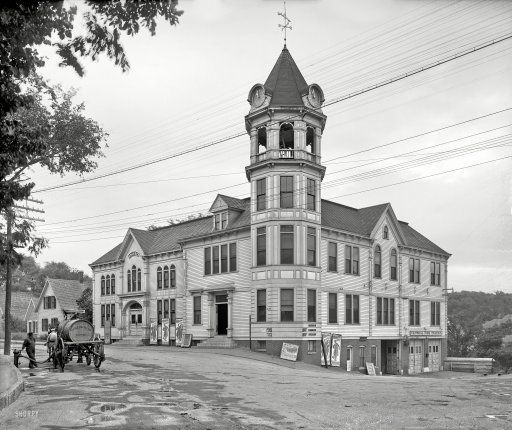 This landmark building dating from 1895, anchors one end of Littleton’s historic Main Street. It is a large white building with an octagonal clock tower on one corner. It is used as a venue for plays, movies, etc., and the rest of the building houses some town offices.

lostmemory;
Nice story there. ‘Multiple vandalism’ in New Hampshire…who would have thought it!

The Opera House opened in 1895, the architect was Fred T. Austin and it has a seating capacity of 463. It has also been known as the Grand Opera House and Town Hall. Its main uses being drama, musical comedy, vaudeville, opera, minstral shows and wrestling. I’m not sure if films have been shown here? The 783 seat Premier Theatre, 35 Main St. was the towns movie theatre.