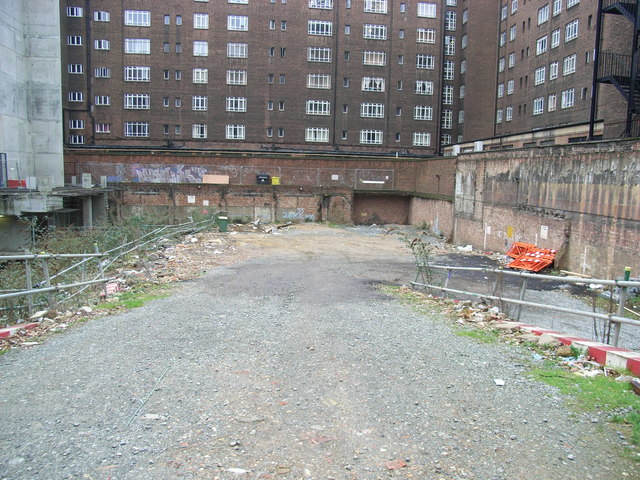 Located at the corner of Tottenham Court Road and Grafton Way. This huge cinema (the third largest in London’s West End after the Empire Theatre and Dominion Theatre)) opened on 10th February 1936 as the Paramount Theatre. It was also the third cinema in London’s West End to be built and operated by Paramount Pictures Corporation of America (they also had the Plaza Theatre and the Carlton Theatre). The opening films were “Millions in the Air” starring John Howard and “The Return of Peter Grimm” starring Lionel Barrymore, plus a stage show “Dazzle” presented by Arthur Penley. Appearing on stage that evening were Maurice Chevalier, Anna Neagel, Tulio Carmianti, Helen Vinson, Henry Hall, Herbert Wilcox, Mary Carlisle, Arthur Riscoe & Tracey Holmes. On a special film the audience were welcomed to the new theatre by Gary Cooper, Claudette Colbert & Mary Ellis.

The architects of the Paramount Theatre were Frank Verity and Sam Beverly. Seating was provided for 1,676 in the stalls and 892 in the circle. It was equipped with a Compton 4 Manual/12 Ranks theatre organ (opened by Reginald Foort) and stage shows were presented in the early years. The stage was 25 feet deep and there were twelve dressing rooms. It also had a 130-seat cafe and an adjacent Paramount Ballroom.

This Paramount Theatre was in a second batch of the company’s UK theatres that were purchased by the Oscar Deutsch chain of Odeon Theatres Ltd. in July 1942. It was re-named Odeon in November 1946.

Because of its size it was well suited to be the demonstation theatre for the new 20th Century Fox ‘CinemaScope’ process in June 1953 on a screen measuring 53ft wide and 21ft tall with stereophonic sound. Initially, this was aimed at showing it off to other exhibitors and it was several months before the general public got to see it.

In 1958, the Odeon was equipped with the giant screen Cinerama-like, 3-projector process called ‘Cinemiracle’ which resulted in the loss of 700 seats and the movie “Windjammer” played here from 14th May 1958 until 1st November 1958. The Cinemiracle screen was 71ft wide and 28ft tall. The movie (the only one made in the Cinemiracle process) ran until 1st November 1958 when the screen was removed and replaced by a conventional wide-screen. The Odeon closed on 5th March 1960 with Rita Hayworth in “The Story on Page One”.

It was demolished almost immediately. The site remained empty for 55 years! It was used as a ‘temporary’ car-park, which remained in use until it was ‘prepared’ for a proposed extension to a nearby University College Hospital in 2004 (in March 2015 construction work began to build a cancer unit). For many years it was always fascinating to go into the car park, which had a sloping floor just like the cinema had, and look at the faded and peeling plasterwork on the remaining lower walls of the former orchestra level of the once mighty Paramount Theatre.

The adjacent Paramount Court apartment block and basement ballroom designed by Verity and Beverly a few months after the Paramount Theatre remain in use today.

The basement ballroom is now a Lap Dancing Venue! Shame on Spearmint Rhino!

Don’t think the above comment applies to the Paramount / Odeon – there is no basement remaining after the 1960-ish demolition. The site is still vacant in 2007.

The basement ballroom is adjacent to the still vacant lot where the Paramount/Odeon Cinema was located. It is in the basement of the apartment block named Paramount Court, and as Doolally states ‘is a lap dancing club, named Spearmint Rhino’.

Thanks Ken, I thought for a moment that I was living up to my name!

This is the original facade:

As of mid-2011, fifty years after its demolition, it is still a hole-in-the-ground car park. Progress….