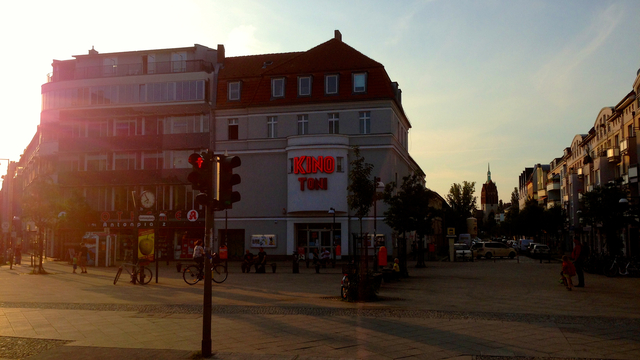 Opened in 1919 in the outer suburb of WeiBensee in the northeast of Berlin, it is situated on the Anton Platz. The architects were Fritz Wilms and Max Bishchoff. Originally the seating capacity was 456 on one floor. In 1929 a balcony was added, bringing the capacity up to 750.

In 1993 the balcony was made into a second screen named Tonino with a seating capacity of 102 and the orchestra level continued as the Toni with 275 seats.

In September 2007, a fire caused damaged to the Tonino and it was closed for 5-months for renovation. It re-opened on 26th January 2008, attended by film star Senta Berger and the owner Dr. Michael Verhoeven.

More infos and photographs on this theater (and many others) can be found on the German language only Berlin Movie Theater Guide – www.kinokompendium.de: Toni & Tonino

Exterior and lobby photos from July 2013.