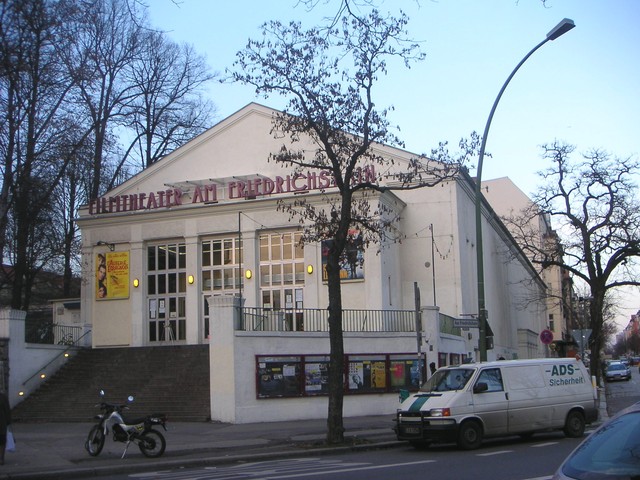 Opened in 1924 as the Olympia-Filmtheater am Friedrichshain in the Prenzlauer Berg district, in what later became a district of East Berlin. The architect was Otto Werner. Originally seating was provided for 1,200 in orchestra and balcony levels. The cinema had an organ installed and stage facilities. In 1927 it was taken over by Ufa and re-named Ufa Filmtheater Friedrichshain. Herman Goebbels (Hitler’s propaganda minister) used the building for political rallies in the 1930’s. From 1957 it was known as Am Friedrichshain.

During 1997 the building was converted into 5 screens and it operates today as part of the Yorck Cinemas circuit. Nothing of the original decorations can be seen in the former auditorium area but there are still a few details in the foyer.

More infos and photographs on this theater (and many others) can be found on the German language only Berlin Movie Theater Guide – www.kinokompendium.de: Filmtheater am Friedrichshain