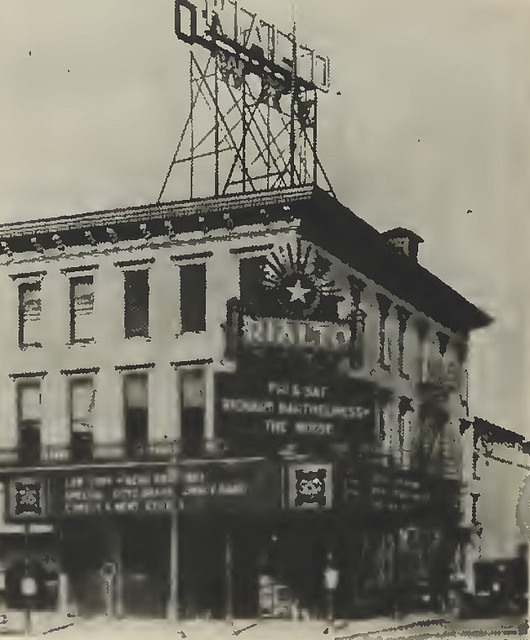 Opened on September 1, 1920 as the Rialto Theatre. The building was originally the St. Charles Hotel. In 1919 it was purchased by the Jewel Photoplay Company and converted into a silent movie theatre. By 1941 the Rialto Theatre was operated by Paramount Pictures Inc. through their subsidiary Harry David.

On September 3, 1959 the name of the theatre was changed to the Court Theatre which closed in 1988. In May 1989 it reopened as the Rialto Theatre and was eventually twinned. It was closed in October 1993 and was demolished in 1996.

This page from the Lane Libraries says that the Rialto Theatre returned to its original name during its last years. It closed as the Court Theatre in 1988, reopening as the Rialto once again in May, 1989. The page says: “It closed for several periods in its final years, when it was operated as a two-screen theater with 500 seats. It finally closed in October 1993, and sold to the City of Hamilton for $140,000 in 1996. It was razed by the city in October 1996.”

The page also notes that the St. Charles Hotel was partly demolished when the Rialto was built. The theater entrance was in the part of the hotel that was preserved, but the auditorium was apparently entirely new construction. The page attributes the design of the Rialto to Cincinnati architect L. W. Fahnestock. At the time the Rialto was built, he was a partner in the firm of Dittoe, Fahnestock & Ferber, architects of the Murphy Theatre at Wilmington, Ohio.