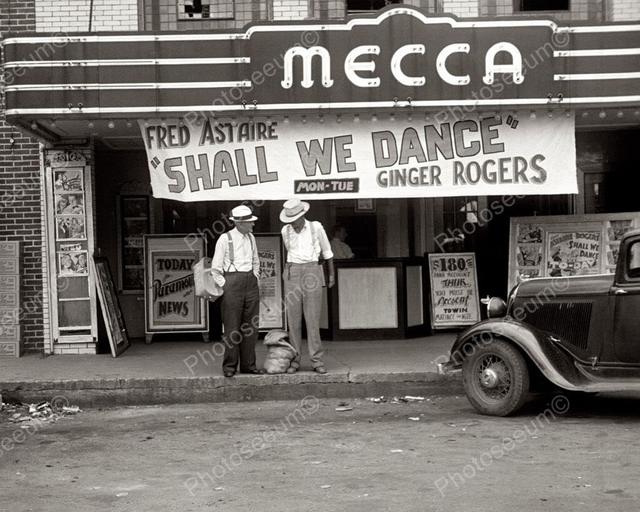 The history of the Mecca Theatre is a bit sketchy. The building dates back to the nineteenth century and was initially a dry goods store until it was converted into a theatre sometime between 1930-40. The theatre’s seating capacity by one estimate was to have been no more than 600. The theatre closed in the early to mid-1950’s and the building was reverted back into a retail establishment.

A couple of 1940 items from Boxoffice Magazine concern the Mecca Theatre. The issue of September 7 says that Cumberland Amusement Co., operators of the Strand, had leased a building on Lincoln Street and planned to convert it into a movie theatre. The December 14 issue specifically names the Mecca, saying it was scheduled to open on the day of publication. The house was to have 400 seats.

The Army’s Camp Peay, later renamed Camp Forrest, was located near Tullahoma, and the arrival of some 20,000 recruits as WWII approached created a demand for new theaters in the town.

The Mecca was only open during the war years. It was an overflow type of situation. During Camp Forrest, the town grew from about 4000 to 75000 literally overnight and soldiers would flood into downtown with no place to go or anything to do. The only other theaters were the Strand and the Marshall. So the Mecca was kind of a makeshift theater. It is now an antique store. Most people don’t even know it existed now.

My mom played before movies in one of the city’s movie houses in the 1940’s with a Lois Berryhill. Anyone ever heard of her?