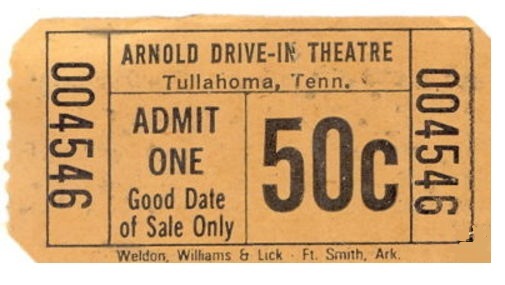 May have opened in the late-1940’s by Lee Parham. By 1955 it was operated by Earnest Martin of Oldham Theatres. From 1957 to 1970 it was operated by Mid-Tenn. Amusement Co. of Sparta, TN. It was closed in the mid-1980’s, and torn down around 1985. It held 500 cars and in later years was a Flea Market. Photos of the Flea Market show a water tower in the background. Troy Wagner was the owner for the entire lifetime of the drive-in. A Pepsi facility now operates on part of the site with some of the drive-in ramps remaining.