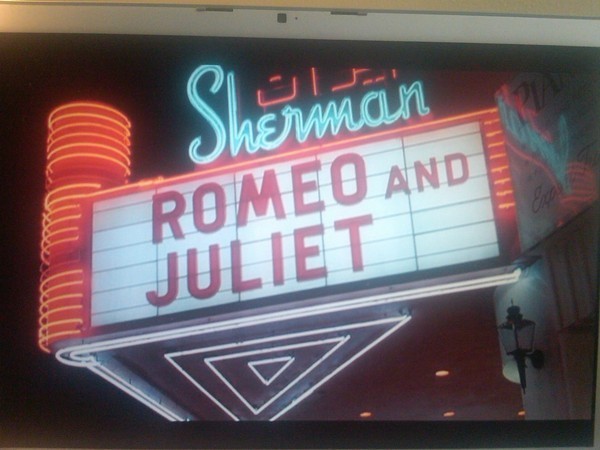 The Sherman Theatre was opened April 26, 1949. It was last used as a revival house during the 1970’s like the Nuart Theatre(West Los Angeles) and the Fox Theatre Venice.

It finally closed when the home video wave hit in the 1980’s.

Here is an LA Times ad from January 1960:
http://tinyurl.com/2oqchl

Here is the ad I was trying to post last October:
http://tinyurl.com/39vokf

The Sherman, Nuart, Rialto and Ken in San Diego are part of Parallax Theater Systems, Inc., along with others in Denver, Berkeley, Sacramento, Milwaukee and Madison, Wisconsin. Kim Jorgensen, who had been affiliated with the Fox Venice, is the reigning executive at Parallax. â€œOur theatersâ€™ programming is a bit more commercial than what the Fox Venice playsâ€, he said.

The Sherman, located strategically on busy Ventura Boulevard, is one of Parallaxâ€™s most recent acquisitions. For the most part it is devoted to film festivals. An Alfred Hitchcock retrospective included â€œShadow of a Doubtâ€ (1943), â€œStrangers on a Trainâ€ (1951) and the directorâ€™s first sound film â€œBlackmailâ€ (1929). A three-week dance film festival included â€œThe Red Shoesâ€ (1948), â€œTales of Hoffmanâ€ (1951), â€œAn Evening with the Royal Balletâ€ (1964) and â€œGuys and Dollsâ€ (1955).

valley was shot i think between october and november of 1982. so these 80’s pictures are right on…