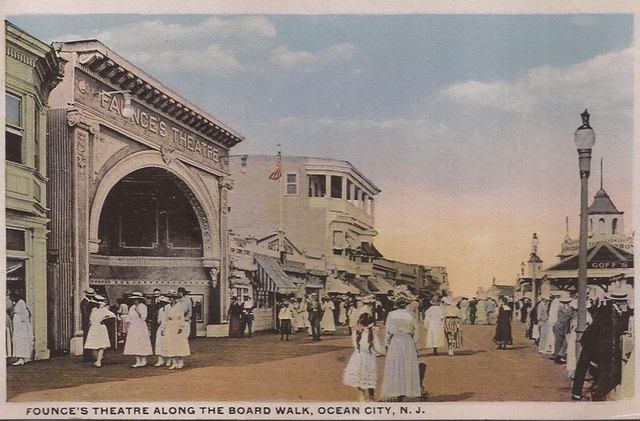 Old pictures show the theatre with a large, arched entrance, between E. 9th Street and E. 10th Street. The theatre later changed it’s name to the Plaza Theatre, and eventually the Colonial Theatre just before the fire of 1927 that destroyed the building and most of the Boardwalk.

This website has additional history and pictures which will enlarge if clicked upon.