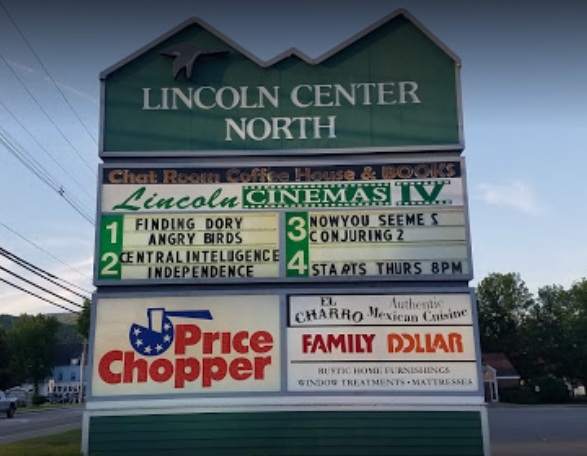 Located at Lincoln Center North. Matinees on Saturday year-round and daily in the summer.

The prices have gone up several times in the past couple years, which contributed to the rise in playing movies in their first week of release (instead of waiting a few weeks until the prints become cheaper). It’s a rather basic theater for the rest, no style, less-than-adequate seating. Worth visiting if it’s the nearest (or only) place to catch a certain movie, but not special overall.

the theater address is 10 Paper Mill Dr. Lincoln NH. 03251 This is the new website as it has new operators http://barnzs.com