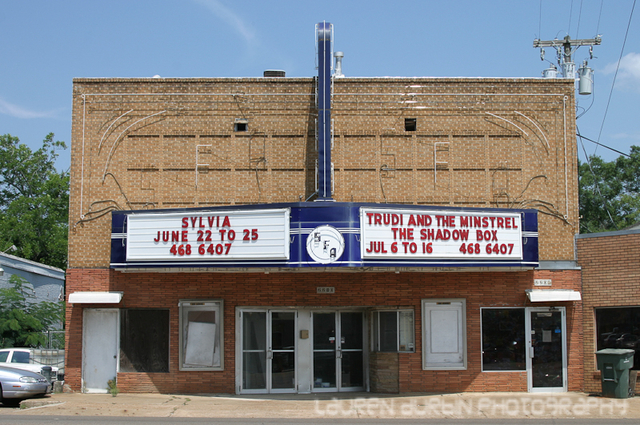 The SFA Theater opened on July 20, 1950. It operated until at least 1984, but has since closed. I believe it is now owned by Stephen F. Austin State University.

Here are some full size photos I snapped:
View link

Is this really closed? I can’t find info for it anywhere such as phone or website, but recent photos on Flickr show a lit-up marquee with shows being advertised. Is it maybe used by the university?

It is used by the SFA Theatre Department as their scene painting shop and they use the marque to advertise their plays.

Boxoffice of August 5, 1950, said that the SFA Theatre had opened on July 20. That item gave the seating capacity as 558, but an item on September 9 said the house seated 658.

Marshall Matteson, a 1940 graduate of Stephen F. Austin State College, was the operator of the SFA Theatre from its opening until at least 1972, when he was mentioned in the August 14 issue of Boxoffice.