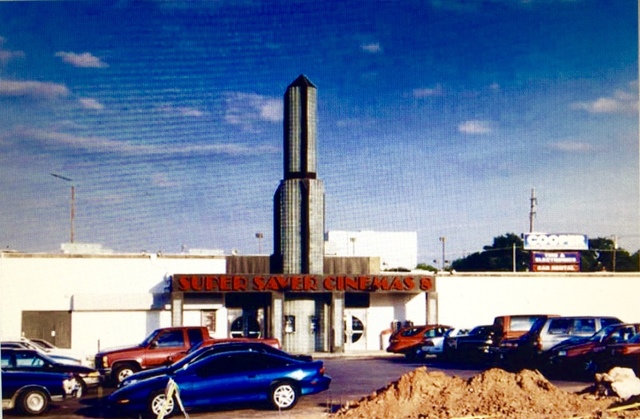 This theater was much more glitzy than the usual monsterplex. In fact, my family called it the “UFO theater” because of it’s circular, silver concession area. It also featured many mulit-colored ceiling lights in the concession area. Metallic silver plastic streamers fell from ceiling to floor in numerous area. As the economic health of the area declined, so did the theatre. Lakeshore spent its last years as a discounter. Last time I drove by, the theater was vacant and the building was quite obviously not being maintained.

This theater was demolished last week! Most of it was gone around July 28, 2006.

Silver Cinemas operated this also as a sub-run discount house until May 1, 2000 when it shut down 17 locations including here and two other Oklahoma locations.