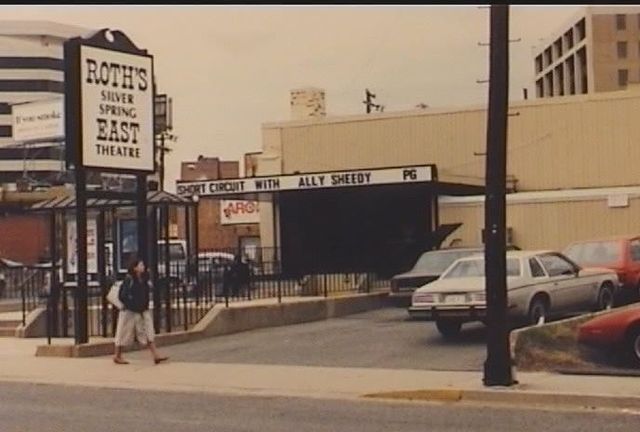 Agreed. It was a small, undistunguished and never popular movie theater. It never caught on, and soon closed. Nobody misses it. In contrast, see Roth’s Silver Spring West.

The first and only movie I saw at this theater was “Raiders of the Lost Ark” when it was first released in 1981. Since I wasn’t old enough to drive, I had to rely on my older brother to take me, along with his date to see this movie. It was a fully packed house and very enjoyable movie. The screen didn’t seem that large to me but was adequate. I don’t recall if this theater even had stereo. I had wanted to go downtown to see it in 70mm, I believe at the KB Cinema, but my brother didn’t want to drive out and seek out parking. After that we went to the now closed Giffords Ice Cream place and tried to reenact some of the more humorous scenes, much to the amusement of some of the patrons there.

As far as rcdalek’s comment about this venue being the best place to see “Top Gun,” I would have to disagree. This particular movie opened wide, in 1986, and was showin in 70mm in several metro houses, including the then new Academy 8, in Greenbelt, MD. They had a wonderful 70mm 6 track Dolby set up and that presentation brought out the bombastic Giorgio Moroder score, Kenny Loggins' “Danger Zone” title song and the various booms, whooshes and after burner sound effects to great enjoyment!

I did get to see Raiders at the KB Cinema. A Sold out front row experience. Great movie but hated the front row. Only 2 movies I sat down front for were that one and Training Day. I guess I always did like the quirky lightly attended theaters. Especially the early matinees.

I saw Raiders there too…. also, Jaws 2, Close Encounters, Star Wars and dozens of others… I also worked at the East in 1985 for a few months in the summer and fall. I believe that Ghostbusters was still playing there and then I think, Pee Wee’s Big Adventure.
I got to see Mad Max3 free and a few others… I made a whole $2.85 per hour… I wanted to turn the West into the Silver Spring Cinema and Drafthouse.

The entry for architect Warren G. Sargent in the 1956 edition of the AIA’s American Architects Directory has two listings for theater projects for Roth theaters in Silver Spring in 1954. Most likely Sargent designed the Silver Spring East and the remodeling job for the Silver Spring West Theatre as a package deal.

If this house didn’t open until 1969 then it could not have been one of the projects Warren G. Sargent designed for Roth Theatres in 1954.

The Grand Opening ad must be from a reopening after a remodel. As I just added two 1958 photos from a former usher who lived on Thayer and walked to work.