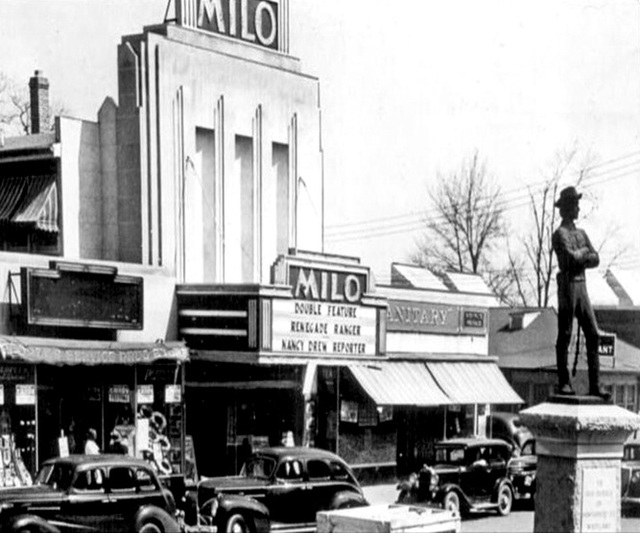 The Milo Theatre opened in October 1935 with “Anna Karenina” starring Greta Garbo and Frederic March. It changed its name to the Villa Theatre in the mid-1950’s. The cinema can be seen in the film “Lilith” (1964) starring Warren Beatty and Jean Seberg. The building is no longer standing. It was torn down some time in the late-1960’s, soon after closure, and has been replaced by a large parking lot.