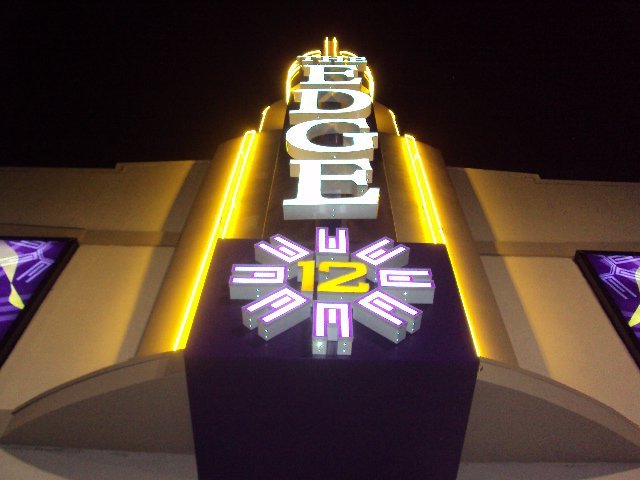 The Festival 12 was opened by Cobb Theatres on May 24, 1989. Six extra screens were added on March 23, 1994. On August 1, 1997 it was taken over by Regal and was renamed Festival Stadium 18 with stadium seating and showed first run movies.

It was taken over by Edge Theaters and with renovations having taken place, it reopened in early-September 2010 as a 12-screen theatre. By 2017 it was operated by Phoenix Theatres Entertainment.

This THEater is now closed. It closed with absolutly no coverage by the local media. This location was the largest in Alabama for nearly 15 years.

This theater is shortly to reopen as The Edge Cinemas 12; story here: View link. The article says it was formerly the Regal Festival 12, so the number of screens it had seems to be in dispute.

Starting in the mid 60’s and continuing into the 70’s the Crestwood area was the place to go for the big first run movies, thanks to Cobb Theatres being willing to put up the money to book those films into the Eastwood combined with the demise of the downtown theatres. With the Eastwood a big draw Cobb opened the Village East Twin in the new Village East Shopping Center built directly across Oporto Madrid Road and later ruined the Eastwood by twinning it. Eastwood Mall did not age gracefully, and the fortunes of this area started to go downhill when newer malls opened, especially the Galleria in Hoover. Even the Starlite Drive In, located on Montevallo Road across from Eastwood closed up.

From reading the comments on the news story linked to above, it seems that the neighborhood has declined as well, at least the commercial part. Crime and gang activity seem to be a problem and were at least of part of the reason Regal bailed out of this location after such a short time. Too bad. I attended the Eastwood many times during the 60’s and my family enjoyed numerous birthday dinners at the Gulas' Restaurant just west of Eastwood. The Eastwood was lost when the mall was closed down and rebuilt prior to being torn down again. The Village East lasted barely 10 years, and last time I passed by, Hooters had taken over the Gulas location. So much for revisiting the past.

Also, I was not aware that Century Plaza had closed. It was developments like it and Eastwood that ran Lovemans, Blachs, and Yeildings out of the downtown business, so I guess it was now its turn as well.

This theater is reopening soon as The Edge Cinema 12 after a thorough renovation: View link

Judging from the Google satellite view, it appears that there was a 6-screen addition at some point. Its relation to the rest of the shopping center would lend itself to being turned into retail so it’s not surprising that only 12-screens are being used in the new project.

A news item about the theater’s reopening and renovation, with video: View link

Showtimes search now reveals that this is now open.

According to the Phoenix Theatres website, this location is temporarily closed due to COVID.