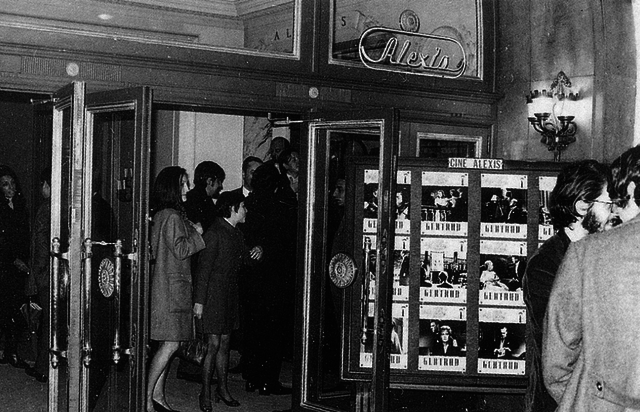 The Cine Alexis opened on 10th March 1954 with Norman MacLaren’s “Mosaic in Relief” and it had a seating capacity of 143. On 1st December 1955 it became a live theatre venue. Films returned again from 21st November 1969 when it was incorporated into the Cine Alexandra, with which it shares an entrance.

It operated as Screen 4 of the adjacent Cine Alexandra, with a seating capacity of 151. It had closed (together with the Cine Alexander) by June 2018 and both are now in retail use.