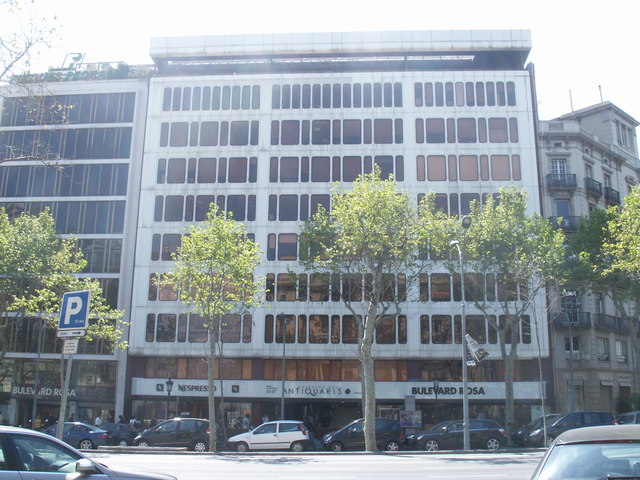 The Publi Cinema opened as a newsreel cinema on 13th April 1932 with a seating capacity of 474, all on one level. The decorative style was Art Deco, designed by interior designer Santiago Marco, with the proscenium framed in wide concave bands

On 23rd April 1976, it was twinned, by adding a second screen in adjoining space. The architect for the renovation and new space was Josep Maria Fargas Filp. The two screens opened with Topol in “Galileo” and Pier Pablo Pasolini’s “Porcile”(“Pigsty).

The Cine Publi was last operated by the Balana group. The two screens had seating 470 and 360. It was closed due to lack of business in the summer of 2005 and in 2008, both spaces are in retail use by Nespresso and Bulevard Rosa.

An April 2008 photograph I took of the building which housed the Cine Publi-Filmax in its basement:
http://flickr.com/photos/kencta/2402821411/