Playhouse on the Square (Official) 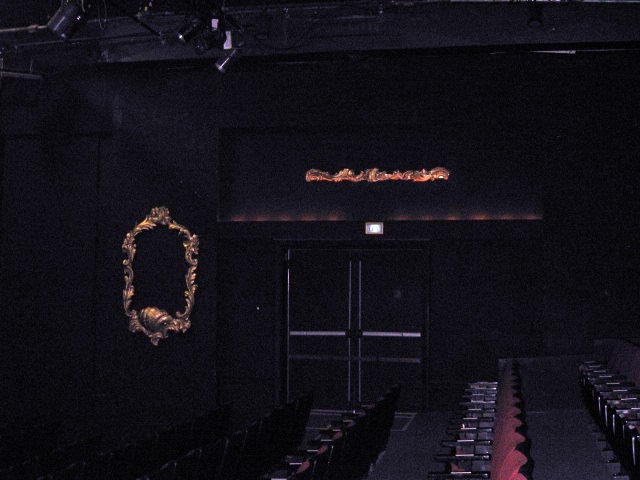 Opened as the 900-seat Ritz Theatre in 1927, it was part of the Bijou circuit. The oldest known photograph of the Ritz Theatre was published in 1930. The theatre had a canopy, but no marquee.

The marquee seen in later photographs was the second display. Around 1964, it was acquired by the Art Theatre Guild group, and renamed Guild Theatre. This marquee survived through the Guild Theatre and later Movie House on Poplar days. It was removed due to structural problems when the theatre became the Evergreen Movie Theatre, and was replaced with a flat signboard.

When Circuit Playhouse bought the building the flat signboard was removed and a cloth canopy sign was added. This same sign now reads ‘Evergreen’. The theatre is owned by Circuit Playhouse Inc., and is used as part of the theatre school and is available for rentals. Seating is now around 100 and the building is in good shape and in regular use, retaining many of its architectural features, inside and out.

One neglected story about the Guild incarnation of this theatre is quite interesting. On October 31, 1969, the first public Miss Gay Memphis pageant was held in this theatre. The manager, Bill Kendall, was a very outspoken gay man (and will delight in this story being told about him) and arranged, in a town where cross-dressing was against city ordinance, to hold a drag pageant in the theatre. The police could do nothing since it was Halloween and the audience was peppered with RGs (real girls). This pageant is considered a turning point in the struggle for GLBT rights in Memphis. By coincidence, it happened only a few months after the Stonewall Rebellion in Greenwich Village, NYC. That is considered the turning point for the national movement in America.

There is a local Rocky Horror troupe that has one night a month at the Evergreen. So, movies are regular there again.

Regular showings of films does not seem to be the case with this theater if the theater’s website is any guide. It is one of two venues operated by TheaterWorks Memphis and used primarily by several local theater companies for live productions.

The Rocky Horror troupe rents the theatre once a month. It is available for rental. This is the only regular film that I know of but it does take place monthly, according to the banner on the side of the building. The shadow cast is named “Absent Friends.”

If Memphis had a Movie Club, the Evergreen would be a great venue. In many cities I have lived in, a club would meet on Sunday morning for coffee, snacks, and a movie followed by discussion and choosing upcoming films to be screened. Wish we could do that here.

For those of you who remember the Guild Art Theatre in this building it is my sad duty to report that Bill Kendall, flamboyant and colorful manager during this period, died in Atlanta in April. It’s a long story but a tribute article is available on commercialappeal.com. A gathering is being planned (and it will probably be free dish night for Miss Kendall) in early June at the Evergreen/Guild. There will be film.

Vastor, please post the details for Bill’s memorial service when they are available. Obviously, there is no more appropriate place for this than at the Guild.

I am so sorry, I forgot to post the details of Bill’s gathering. A few friends from all over gathered at the former Guild Theatre on Monday, June 10. We watched his documentary “Return to the Ritz, or, Thrilled to the Guild” and all present enjoyed listening to his inimitable voice and delivery once again. The documentary was made in 1990. Several friends from far and wide donated to have a cenotaph placed in his memory at Elmwood Cemetery. It has been ordered but not yet placed. The event is no longer posted on Facebook but a photo of the marker will be posted after it is placed.

Uploaded a photo as the Guild.