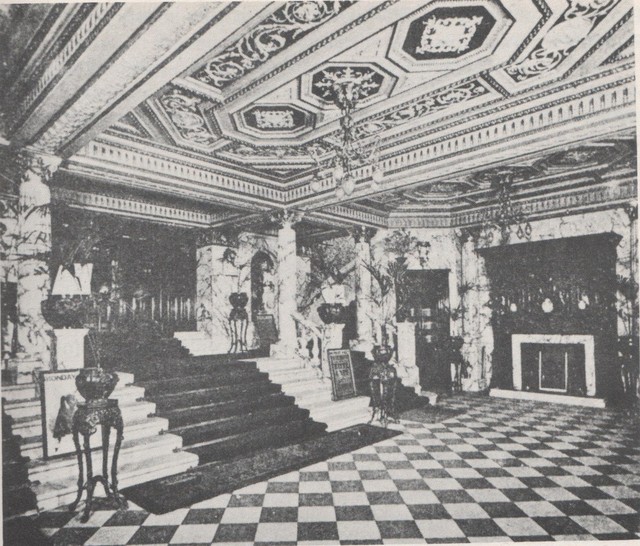 Opened as the Princess of Wales Theatre on 26th December 1898 with Lily Morris in “Cinderella”. It was designed by noted theatre architect W.G.R. Sprague with interior decorations by Messrs. De Jong & Co. Seating was provided in stalls, dress circle and gallery.

It had a large stage that was 80 feet wide and 50 feet deep. Converted into a full time cinema from 28th February 1921 showing pictures (on screen) and variety (on stage), the projection box was built at the rear of the stage. From January 1928 United Picture Theatres circuit took out a lease on the building. They were taken over by the Gaumont British Theatre circuit from July 1930. It seemed that it was not too profitable and Gaumont only operated the Kennington Theatre until 1934 when it was closed.

It was taken over by the Oscar Deutsch; Odeon Theatre’s circuit, with a view to demolish and build a new Odeon Theatre on the site to the plans of George Coles. However it neither re-opened nor were the plans put forward and the building sat unused.

It suffered bomb damage in the war and was partially demolished in April 1943 to make the building safe. In November 1949 the remains of the building were purchased by the local Council in a Compulsory Purchase Order and demolished. Plans were announced to build a block of residential flats on the site. These were built in c.1950 and remain there today.

A vintage photograph from the 1900’s of the Kennington Theatre:
View link

That looks a beautiful building.
What was the other cinema in Kennington that was bingo until a few years ago and now the shell of the building is housing. I think it was called ‘Granada’ when it was bingo???