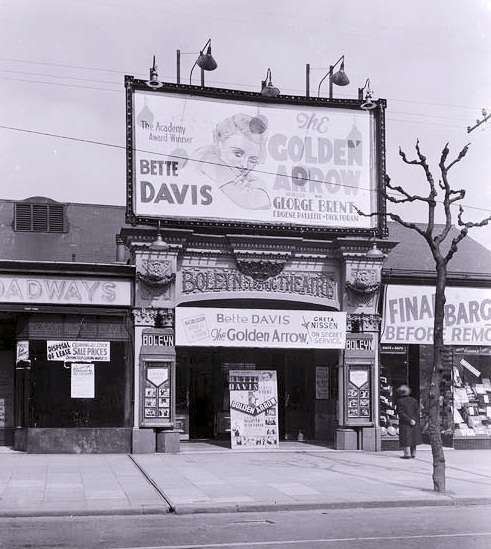 Located in the east London district of East Ham, almost adjacent to the (still existing) Boleyn Public House. Opened in October 1910 as the Boleyn Electric Theatre, the original architect is unknown. It was named ‘Boleyn’ after a large estate house that had stood close-by that was thought to be associated with Ann Boleyn; one of King Henry VIII’s wives.

Noted cinema architect Cecil Masey made alterations to the theatre in 1929. A new canopy was installed over the entrance, alterations were made to accommodate sound films and it was re-named New Boleyn Cinema. In 1932 it was taken over by new owners and re-named New Boleyn Electric Theatre (a rather old fashioned name for that period of time).

In 1936 it was purchased by the Oscar Deutsch chain of Odeon Theatres who operated it for a short while until plans were drawn up to demolish the old Boleyn Cinema and build a new Odeon Theatre on the site; which opened in 1938 and has its own page on Cinema Treasures.

In 1999 that Odeon Theatre re-opened as the Boleyn Cinema, screening Bollywood films.