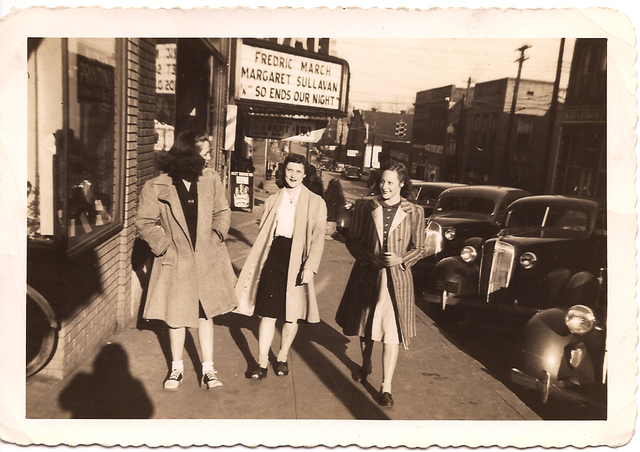 The State Theatre operated as a movie house from 1939 to 1972. In its earlier years, the State Theatre also featured live acts. It is now a live theatre venue called the Alverson Center Theatre (ACT Theatre), and before that was called the Anderson Community Theatre.

It was fully refurbished in the mid-2000’s. The building was added to the Register of Historic Places in 1988.

A current picture of this theater is here.

The State, Anderson, SC, owned & operated by same Chain as The Criterion, Anderson, SC. As stated (see Criterion)I worked as
an Usher, etc., from 1947-1950. The State ran mostly First-Run,
“A” Titles, while the Criterion featured First-Run Westerns,
Roy Rogers, Gene Autry, etc., “B” movies, and Personal Appearances
and Vaudeville-type acts. As a 13-year old, I was in the State
viewing a Movie when WWII ended, and the Mgr., Andy Hutchinson,
stopped the Movie, and made an Announcement on Stage that WWII was
over!

A larger view of the Act Theater here.

The public library of Henderson County, North Carolina, has published a book titled “Buildings as History” which is about the works of Hendersonville architect Erle G. Stillwell. The State Theatre in Anderson, South Carolina, is listed as one of the many theaters he designed.

Thanks Joe,Henderson County is about an Hour away.

I don’t know if we bother to list builders, but there’s a little bronze plaque in the wall that says it was constructed by the Morris-McKoy Building Co. of Greenville, SC.

The ‘active’ website does say in the history that the theater was remodeled after a fire in the mid ‘30s. This is very obvious looking at it from the corner. Only the front 25% is plastered moderne, the rest looks like an old red brick commercial building with a lot of filled window openings.