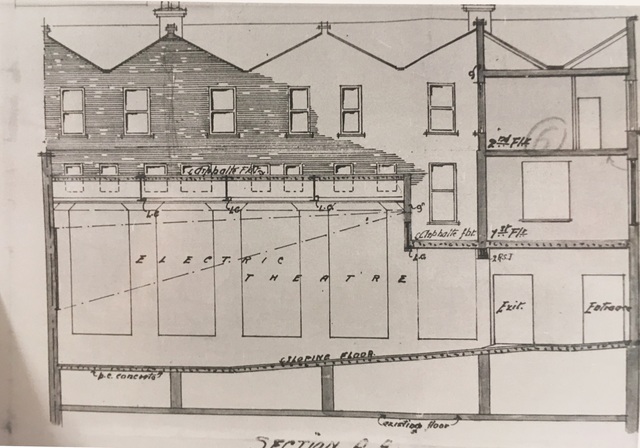 It was a short lived venture as it closed in 1919 and by 1924 it had been converted into a billiards hall.

Later in retail use for many years, it was eventually abandoned in the 1970’s and fell into disrepair. The roof collapsed, leaving only the four walls standing. In recent years some work has been carried out to make repairs to the building, with scaffolding supporting the structure. It was basically rebuilt and in 2008 contains housing, with the street level entrance in use as a Betfred betting shop.