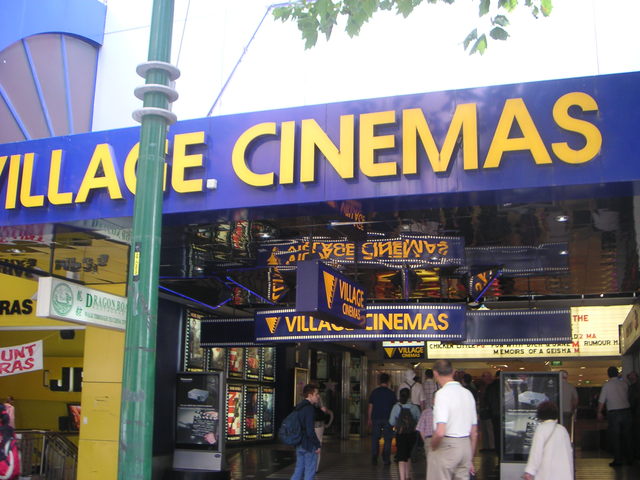 The Village City Centre 4 Cinemas were opened on 26th June 1986. They were designed by architect Ron Monsborough and were ‘state of the art’ modern cinemas.

All four screens were THX certified, the first in Australia to be given this honour. Seating capacities were for 850, 750, 600 and 300 and all were equipped to play Dolby SR, while screens 1 and 2 also had Dolby Digital. Screen 1 had SDDS sound.

The cinemas closed quietly with only a few days notice on 15th February 2006. It was converted into a shopping arcade in 2009.

Regarding the site location – the Village complex was built on the site of the Waltons department store in Bourke street. The Haymarket Theatre was on the opposite side of the street and a block further east, on a site later occupied by the Eastern Arcade, which was recently demolished.
Screens 1 and (3?) at the Village complex were also 70mm equipped.