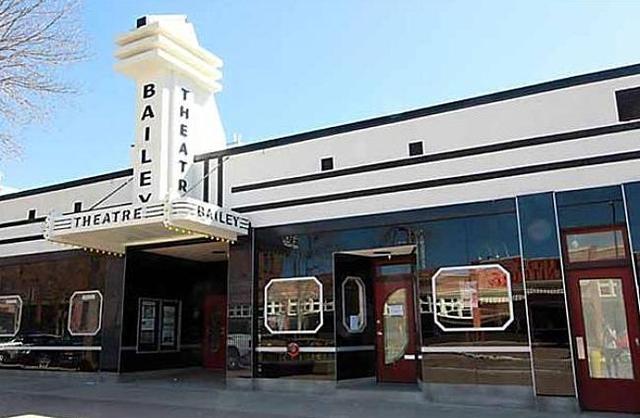 The Bailey Theatre was for years the only movie theatre in the Canadian city of Camrose, Alberta, but started to lose a lot of business towards the end of its life as it came under disrepair. The final killing stroke was when a five screen multiplex opened up in the mall in the mid-1990’s. It originally opened as the David Theatre in 1910 as a vaudeville theatre, which was later turned into a movie theatre.

It closed in 1998, and since then there have been several attempts of restoration and reopening, but these have always failed due lack of financing and community support.

The Kam in Camrose was affiliated with Famous Players Canadian Corporation in the mid-sixties through Len Purnell and Sons Limited, Famous Players partners in Red Deer, Lacombe, etc.