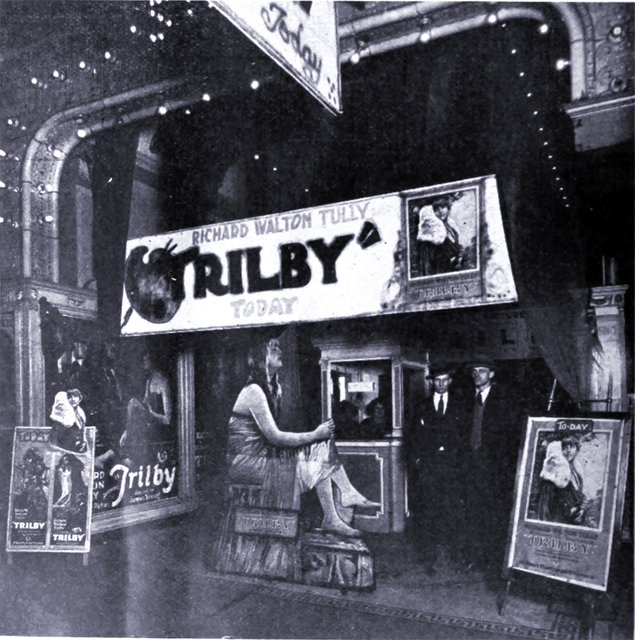 Originally part of the Crescent Amusement circuit, the Strand was operated as a cinema during the first quarter of the twentieth century.

A Reproduco piano/organ combination may have been used in the Strand.

According to Bowers' “Encyclopedia of Automatic Musical Instruments” page 551, the Strand had a Reproduco organ made by the Operators Piano Co.

It’s very fortunate Operators decided to add a fairly lengthy list of the locations of some of their instruments in their advertisements. Nice to find out that a few of these theaters still stand.

Listed at this address now is Kress Lofts which use to be Kress Dept Store, also listed Austins Hallmark ands Sherlocks Books and hobbies.The is address is across the street form the Arcade Nashvilles first “Mall” built in 1903 still in operation.This location can be veiwed on the Google map.The 5th. Ave, Theatre was also located on the other side of 5th.near Church street,around the corner on Church Street was the “New” PRINCESS/CRESCENT at 415 Church the site of the Virdian Condo Building,next to Nashvilles first skyscraper the L&C Tower at 4th. and Church still there, built in 1955.

I am wondering if the Strand is the same theater that DavePrice says in this comment was opened around 1908-1909 as the Crescent Theatre and renamed the Elite Theatre around 1910. It was at 233 Fifth Avenue, but the address might have shifted, especially if there was a major remodeling at some point.

Okay, the Strand and the Crescent/Elite were not the same theater. The Strand Theatre Company incorporated in late 1914 and the theater was open by 1915, while the Elite was still there in 1917 when an item in The Moving Picture World said it was being renovated. This is the October 3, 1914, item about the incorporation of the Strand company:

“The Strand theater of Nashville has applied for a charter of incorporation, listing the capital stock of the company at $25,000. The incorporators are Hugh M. Waddle, Roy C Shelton, H. A. Waddle, J. B. Brent and Frank Pierce.”

An interesting item shows up in the August 26, 1916, issue of The Moving Picture World. It indicates that the Strand was a “reverse theater,” with the screen at the entrance end of the house and the projection booth at the back of the building:

“Nashville, Tenn.—An actual demonstration of the feasibility of the new building ordinance recently enacted by the City Commission was had when fire broke out in the operating booth at the Strand theater on August 2d. The new law provides that no theater shall be constructed with the operating room in the front of the house, but that all seats must face the entrance, with the screen toward the street. The Strand was the first theater erected under these provisions, and it was due largely to the new arrangement that no panic ensued when a dense smoke quickly filled the auditorium, for the crowd was compelled to move away from the fire instead of toward it. The blaze started during the showing of ‘The Scarlet Road,’ when the film broke and became entangled In the projection machine, spreading quickly to a nearby pile of reels and destroying film to the amount of $2,000. The equipment was damaged about $200 worth, and all losses were covered by insurance. Operator C. L. Wheeler was painfully burned about the hands. Operator Carter was also slightly burned.”

This item is the first I’ve ever heard of a city requiring that movie theaters be built with the reverse pattern. Reverse theaters have been fairly rare, but if this law was on the books for any great length of time, Nashville must have a large share of them.

another ad can be seen at http://tennessean.newspapers.com/clip/4306798/strand_theatre_opening/