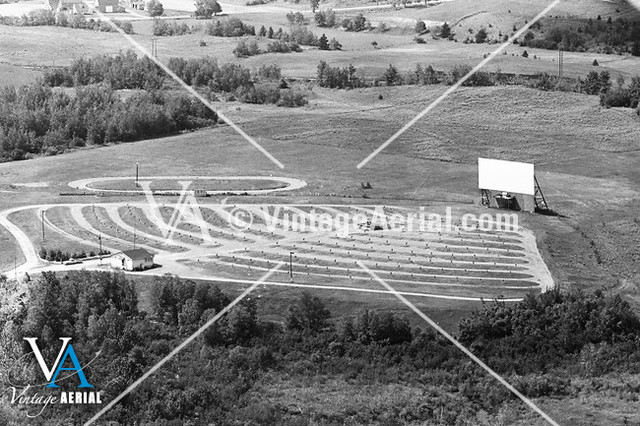 Approx. location for this drive-in was 428 North Street. Grand Rental Station is now at this location. The drive-in was located just west. You can still see the outline.

Opened as the Borderland Auto Theatre late in the 1949 season, the ozoner got its name for being so close to the U.S. / Canada boarder. Because drive-ins could legally operate on Sunday in Maine but not in Canada, the Maine location drew mostly Canadian customers from nearby Woodstock New Brunswick.

July 2014 Google Street View the Marquee is still standing and in both Google and Bing aerial views it appears the Screen and Projection Booth are still there.