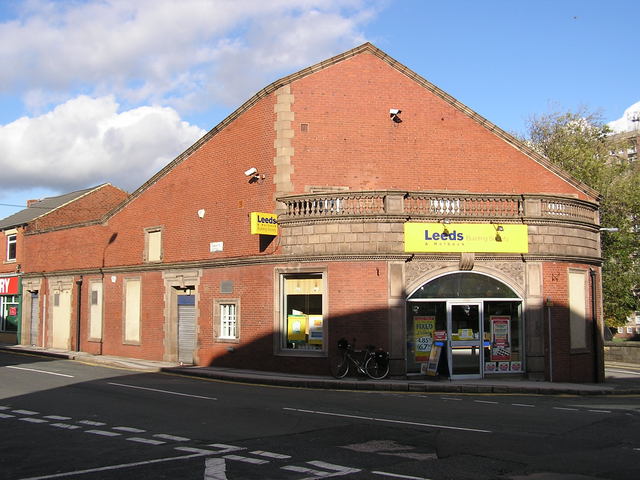 The Picture House Holbeck opened 5th January 1916 on a corner of the quaintly named Domestic Street and St. Matthews Street in the Holbeck suburb of Leeds. It was operated by W. Matthews and the architect was Frederick W. Rhodes of Upper Wortley, Leeds. It is an attractive building in red brick, dressed with stone. The entrance has an ornate carved stone surround.

Around 1930 it was equipped with a RCA sound system. This was later changed to a British Thomson-Houston(BTH) sound system. By 1943 it was operated by Star Cinemas with a seating capacity reduced from the original 900 to 824. There were two changes weekly with prices at 6d to 1s 3d.

It closed on 9th July 1962 with George Chakiris in “Two and Two Make Six”. It became a bingo club, however this too has now ceased. The foyer was used as a branch of the Leeds Building Society (bank). By 2018 they had donated the space to be used use as a community centre named the Holbeck Elderly Aid. One of the activities is a cinema programme held on a Monday, once a month. The use of the auditorium is unknown.